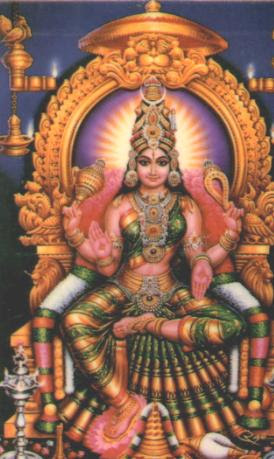 Bhuvaneshwari ~ Mistress of the Cosmos

Do you know that the return of Divine Feminine is actually explained, in many beliefs, including Hinduism? There is a story about her leaving the earth, except for in sacred groves, forests, caves... and that she would come back, and that it's now! It is amazing! I hadn't heard that story until I listened to Shakti Meditations. It's an amazing cd.

About eight months ago, my guides started saying, "She's coming..." And I had no idea what the heck they were talking about! Ha ha ha. I just kept hearing it. And then one day I was walking by a big statue and I felt grabbed. I turned around and it was a huge head... Diana. And I knew right away, I got it... I almost started crying on the spot, ha ha ha. Crazy! There was a Native American ceremony up in Canada to welcome Divine Feminine back and send off Divine Masculine with love... last Fall, I think. And it's so darn palpable! It's incredible!

The following cd is AMAZING! I wish that I could give a copy of it to every single woman on the planet, although I do think there is big value in buying such things for our own work :-) 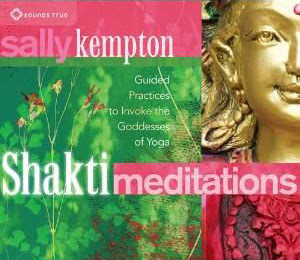 Shakti Meditations: Guided Practices to Invoke the Goddesses of Yoga
Posted by Jen at 2:38 AM

how can i get in touch with you?

Hello elemeno pee, you can email me at kerlin68@yahoo.com.